“When I follow my heart, I wake up in Bali.”

Looking to live abroad in Bali for work or a long vacation?  Here are some tips, suggestions, and useful information that will make your experience more enriching, engaging, and inspiring. Bali, located in central Indonesia, is a gem with a complex history and unique culture.  From its distant animist past in the 14th century, to the influence of Javanese culture, to the rise of Islam in the Indonesian Archipelago in the 16th century, Bali is a cultural epicenter rich in history, culture, language, food, and nature.

Balinese music and dance are a few of the major attractions for tourists and locals alike.  Ritual dances are spectacles where performers wear lion-like masks, mimic monkey dances, and implement dark magic to ward off evil spirits.  These traditions stem from Hindu and Javanese tradition. It is likely that you will come across one of these rituals while exploring the temples of Bali, as they are performed almost daily.

The music of Bali is complex and vibrant.  Music exists with the purpose of serving religious beliefs. Indonesian and Javanese influence is seen within Balinese music through instruments including gongs, bamboo flutes, xylophones, and stringed instruments called “rehab.”  These type of gong-chime music is prevalent throughout Southeast Asia. Although Indonesia is home to a vast population of Muslims, Bali is a predominantly Hindu region. Balinese life and culture are highly influenced by Hinduism, found in households, workplaces, restaurants, and hotels.  However, Balinese Hinduism is distinct from what you would experience in India. They have many different deities, including Brahma the creator, Vishnu the preserver, and Shiva the destroyer & transformer, which are each represented in a unique and visually appealing way. The pace is Bali is slow.  People are very tolerant, welcoming, and friendly to tourists and visitors. However, public displays of affection, excessive drinking, and showing too much skin, are typically considered questionable.  Dressing and acting in alignment with the typical Balinese culture shows your eagerness to become one with society and assimilate into their way of life.

Yearly temperatures average between (68-93 degrees F) year-round.  The weather from March through December can bring heavy rainfall and in rare cases, monsoons.  For cooler conditions, June through September brings less humidity and hardly any rainfall.

Bali typically has a “dry season” and a “rainy season.”  However, is 8 degrees south of the equator, therefore, you can expect a fairly warm climate year round.  Temperatures are typically cooler in the mountains, but with much more rainfall compared to the coastal areas.

In conclusion, you can expect tropical warm and humid weather all year round. Over time, Bali has adopted its own, unique language different from the rest of Indonesia. If you’re in a tourist region, such as Ubud, English and some other foreign languages are widely spoken. However, by simply making an effort to speak the Balinese language, you will be graciously welcomed into the community.

From the food, language, and acceptance and tolerance of tourists, Bali is generally very accepting of outsiders.  However, as an explorer, I try and approach travel like a puddle. When you see a puddle and want to cross it, you tip-toe across, hoping to not get your shoes too wet by not splashing and causing a scene.  I recall being in the “tube,” or train in London in 2015. As I was conversing with relatives, I noticed people staring at us in a judgmental manner. Since London is an ethnic and racial melting pot, I didn’t assume we were being unfairly judged.  After we got off our stop I realized that we were being too loud. My failure to assess and study how the locals interact were mistakes I swore not to make again. Although you will be always seen as an outsider while traveling, I learned that respecting and adhering to the cultural norms of that region can go a long way.  You learn more about yourself based on how much you can adapt to different cultural expectations, whether you agree with them or not. 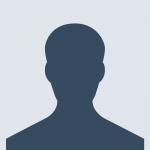